HARDA runs a series of other interesting programs.

Assistance to Homeless in Sydney (October 30, 2021) - HARDA has done three projects to support the Homeless in recent years, all in partnership with Brothers in Need and each funded by a $5,000 donation by Global Aid Foundation Support for Homeless May 2020 HARDA, in partnership with Brothers In Need, organised the distribution of 200 sleeping bags to homeless persons in Martin Place, Central Station, Parramatta and Wollongong. Support for Homeless 2018 In winter of 2018 the program distributed 176 high quality sleeping bags and hygiene packs in Martin Place and Parramatta park. Food for Homeless May 2017 In winter of 2017, with the assistance of the organisation… Read more

New land New Life (October 30, 2015) - New Land, New Life, tells the inspiring firsthand stories of five refugees from the Horn of Africa who’ve settled in Australia and made a new life for themselves in a new land.NB subtitles can be viewed by switching on the captions button on the bottom menu bar. New Land, New Life was funded by the Department of Immigration and Citizenship under the Diversity and Social Cohesion Program. Read more

African Men’s Education Program (October 30, 2012) - This program, which commenced in Feb 2010 and was funded by the Sisters of Charity Foundation, ran for a couple of years, offered free English and Computer skills classes to Sudanese and other Horn of Africa men at weekly workshops on Monday & Tuesday mornings, initially at our offices in Homebush West and then also in Blacktown. The project was aimed at the resettlement and re- education of refugee men from the Horn of Africa, primarily in the 25- 45 year old age group.  . The free program provided men help at all levels with their written and oral English… Read more 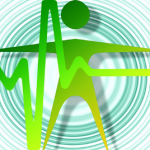 Family well being day (October 30, 2010) - Many families from the Horn of Africa countries came to Sydney’s Auburn Park on the last Saturday in October to celebrate their cultural diversity and join with HARDA and the NSW Transcultural Mental Health Centre to promote mental health and well being in their communities. Organisations and service providers in Western Sydney who joined with us on the day included the NSW Service for the Treatment and Rehabilitation of Torture and Trauma Survivors (STARTTS)), the Auburn Cultural Diversity Network, the Auburn youth Centre, the Hills Holroyd Parramatta MRC and Red Cross. Information about mental health services and how to access… Read more

We Have a Voice. Hear Us – The Horn of Africa Refugee Settlement Survey (June 30, 2009) - In 2008 HARDA, funded by grants from the Sisters of Charity Foundation, the Lidcombe Catholic Club and the Parramatta Leagues Club, commissioned Dr Eileen Pittaway, the Director of the Centre for Refugee Research at the University of New South Wales, to lead a research team to survey members of the Horn of Africa communities in Sydney. In June 2009 following many individual and group consultations this report “We Have a Voice. Hear Us” was launched and circulated widely. It reported the views, problems, unmet needs and successes of participants. For the full report and an eleven page summary Read more