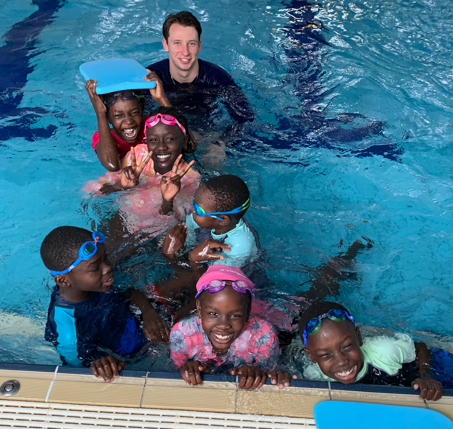 HARDA ran the 2022 session of our flagship Swim, Survive and Socialise Program (delayed from the January school holidays due to COVID) daily over the two-week Easter 2022 school break. As always, the program was a success and the children and families who attended appreciated and enjoyed the lessons. Over one hundred participants were initially enrolled in the two-week program. Some highlights of this year’s session included:

·      The parent safety session, which was very well-received, and attended by the majority of the mothers present on the day. The parents asked a lot of questions and enjoyed doing CPR on the dummies.

·      One of our previous program participants was working as an instructor during the session, so it felt like the program had come full circle. 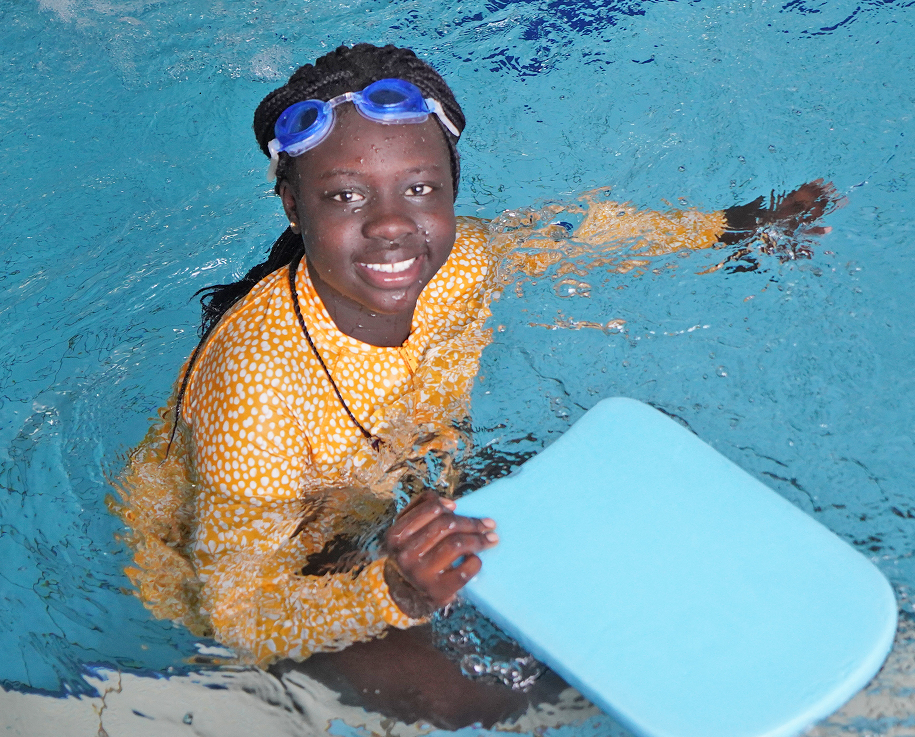 The HARDA 2023 Swim, Survive  & Socialise, our free summer swimming program for 6 – 17yo is now open for enrollments. The 10 day program will take place on weekdays from Mon 9th Jan – Fri 20th Jan 2023. If you wish to enroll your kids please fill in this form (download link is below) ASAP & email it back to harda@harda.org.au or contact Fiona Carr on 0434 187 753 if you have any queries. 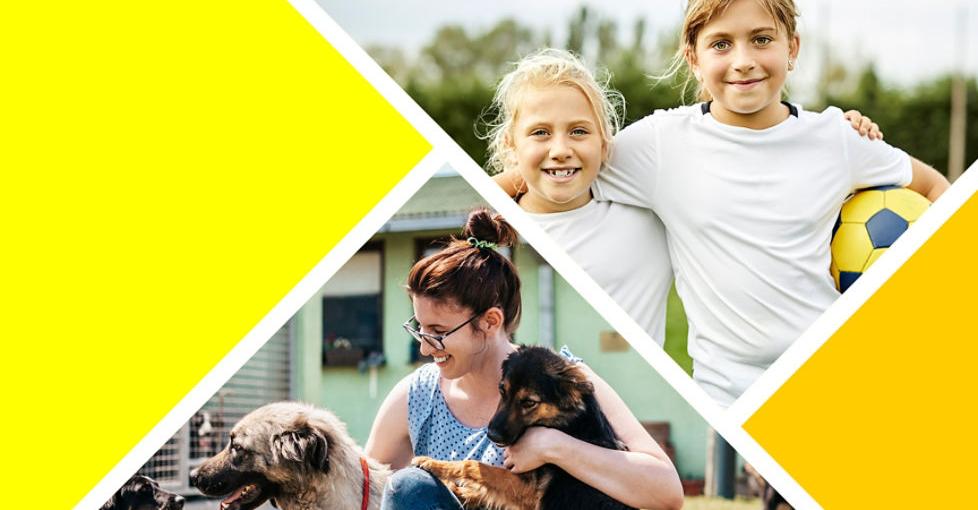 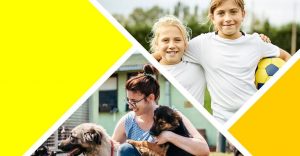 HARDA are thrilled to be included as one of the two organisations nominated by CommBank’s Sydney Markets branch to receive a funding boost from CommBank – but we need your vote! Follow the link below and enter Sydney Markets to access your local voting options and vote for us! Visit commbank.com.au/communitydonations.

Click on the link, then on Vote Now, select Homebush West or Sydney Markets as the branch and vote for HARDA!

Thanks for your support! 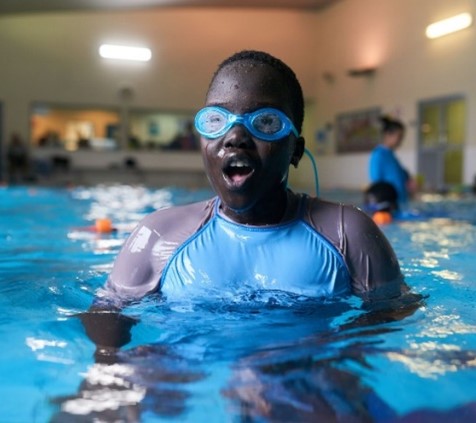 Unfortunately the annual Harda Swimming Program for 6-17yo to be held in January 2022 had to be postponed this year due to covid, which was very disappointing for all involved & we apologise to all the kids who were looking forward to it.

However we are hoping to run it in the Easter holidays, from Mon April 11th to Fri Apr 22nd.  This will  run on weekdays and be an 8 day program due to the Easter public holidays when it will not operate. Sessions & participants will be the same as advised for the Jan program and will be confirmed closer to the date.  If you are not already registered and want to participate or if you are and cannot make it please contact us asap. This program is sponsored by Dooleys Catholic Club and we are v appreciative of their ongoing support. 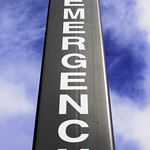 In October HARDA was fortunate to receive a grant from Multicultural NSW through their Empowering and Supporting Local Communities Program. This allowed us to continue to provide emergency supplies support as well as Covid and Vaccination information to members of our communities who were struggling to put food on the table due to the Covid pandemic. We also supplied 942 bottles (142lt) of hand sanitizer (sourced through Good360 Australia) and 8,000 masks to the South Sudanese and Somalia communities. 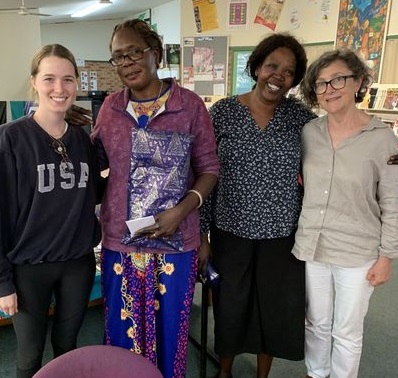 We recently held a small celebration to mark the end of another year of our successful Jobs for African Migrants Program. Although the lockdown provided additional challenges, thanks to our wonderful mentors and participants, we were able to keep the program running and found jobs for many of our program participants. We’re looking forward to helping more of them find work next year!

HARDA has done three projects to support the Homeless in recent years, all in partnership with Brothers in Need and each funded by a $5,000 donation by Global Aid Foundation

Support for Homeless May 2020

HARDA, in partnership with Brothers In Need, organised the distribution of 200 sleeping bags to homeless persons in Martin Place, Central Station, Parramatta and Wollongong.

In winter of 2018 the program distributed 176 high quality sleeping bags and hygiene packs in Martin Place and Parramatta park.

In winter of 2017, with the assistance of the organisation Brothers In Need, HARDA distributed food and hygiene packs in Martin Place and Parramatta Park.

HARDA was very fortunate that the Scanlon Foundation provided an Emergency Support grant in a extremely short time frame in early August so that we could provide urgent assistance to community members experiencing severe hardship due to them or their families having contracted Covid, needing to be in isolation or due to the long lockdown. This help was provided by email in the form of Woolworths gift cards to enable contactless delivery of food and other urgently needed essentials. Information was also provided on the financial assistance available from the government, on Covid restrictions and requirements, on vaccinations and in some cases assistance was given with phone plans to help alleviate social isolation.

In October HARDA was fortunate to receive a grant from Multicultural NSW through their Empowering and Supporting Local Communities Program. This allowed us to continue to provide emergency supplies support as well as Covid and Vaccination information to members of our communities who were struggling to put food on the table due to the Covid pandemic. We also supplied 942 bottles (142lt) of hand sanitizer (sourced through Good360 Australia) and 8,000 masks to the South Sudanese and Somalia communities.

HARDA has recently built a maternity clinic in North Eastern Kenya in partnership with the Waso Resource Development Agency (WARDA).

The maternity clinic will enable mothers in the rural villages to have access to a maternity health service and it will also provide primary health care in the isolated regions of Kenya. It serves the population of 5 neighbouring villages with the population of 4,000 people. HARDA would like to thank the generous donors of the project. 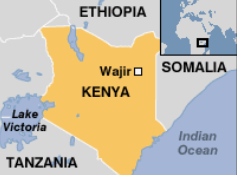 HARDA is pleased to announce that the women and youth of Wajir South will soon have access to financial resources to set up workshops for skills training and to start small business, courtesy of The Global Aid Foundation (GAF) and our local partner the Waso Resource Development Agency (WARDA).

The women and youth of Wajir South, an area in North Eastern Kenya bordering Somalia, have historically had a dependency on aid and charity, which is typically administered in a sporadic and ad hoc basis.

Statistics show that a staggering 74% of the population is unemployed, with women and the youth being the most affected. The main causes of this unemployment have been identified as poverty, perennial drought, insecurity, conflicts, high illiteracy levels and a lack of gainful and readily marketable skills. For women, this situation is aggravated by socio-cultural factors and other societal vulnerabilities, such as a high level of divorce.

A rise in social ills in Wajir South, including, substance abuse, crime, prostitution, violent extremism, and most recently youth for hire as militia in communal conflicts, is directly attributable to this lack of employment.

However, the residents of Wajir South are resourceful and enterprising and, when equipped with the right skills and financing, are capable of setting up their own cottage industries that would increase the available employment opportunities, provide them with a regular source of income and spur the local economy.

The Global Aid Foundation are financing this project with $30,000, which will fund a number of donkeys and carts needed to start a small transport business, and provide initial capital needed for the conduct of business to support this vulnerable community.